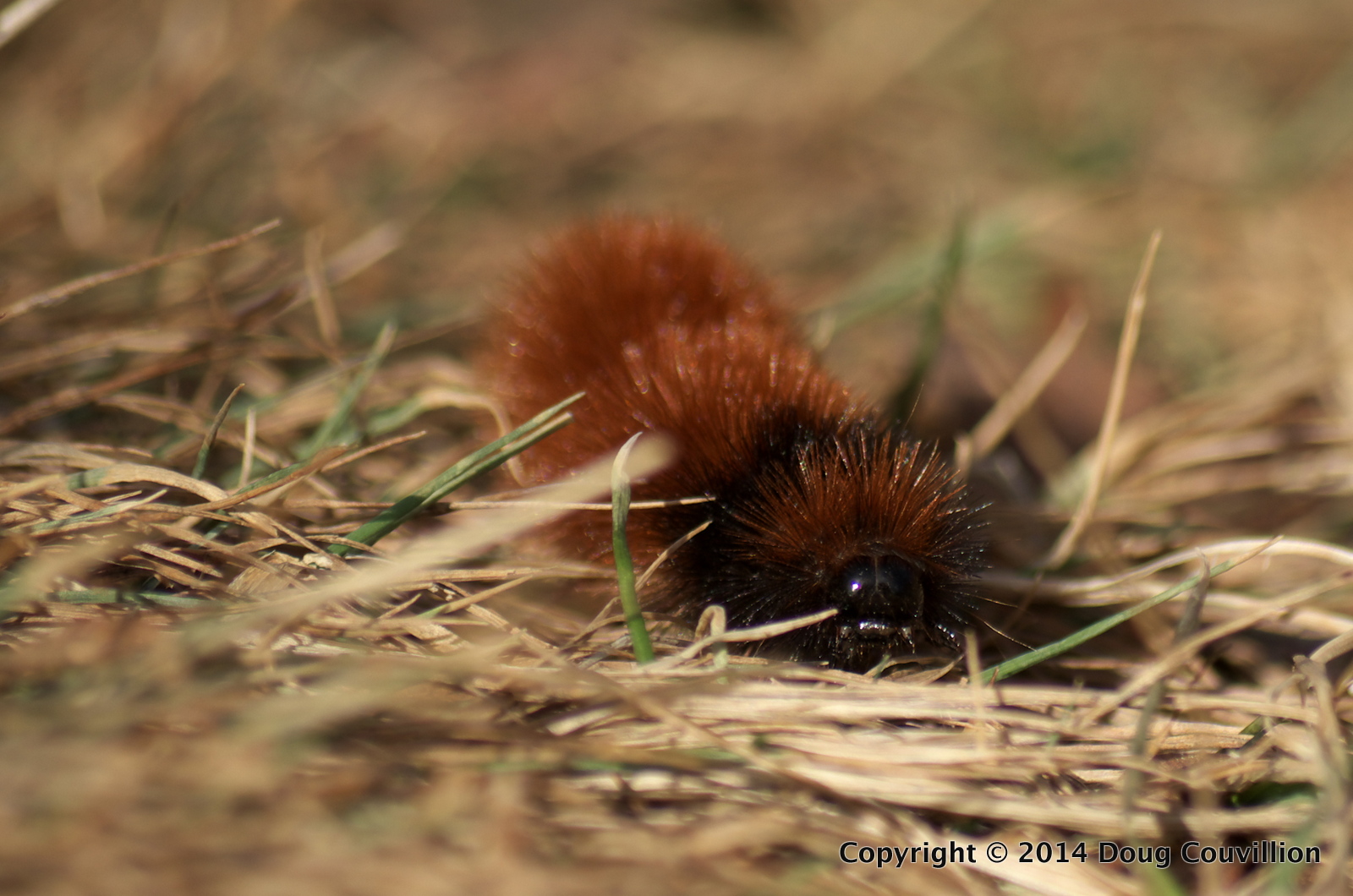 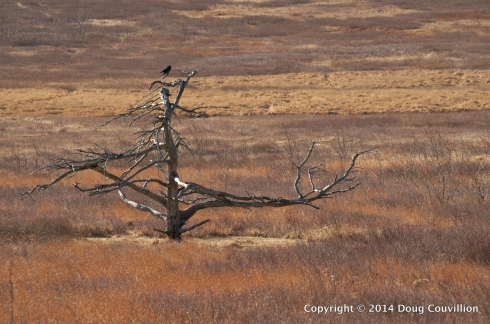 A crow watches the field below from a barren tree in the Big Meadow area of Shenandoah National Park. 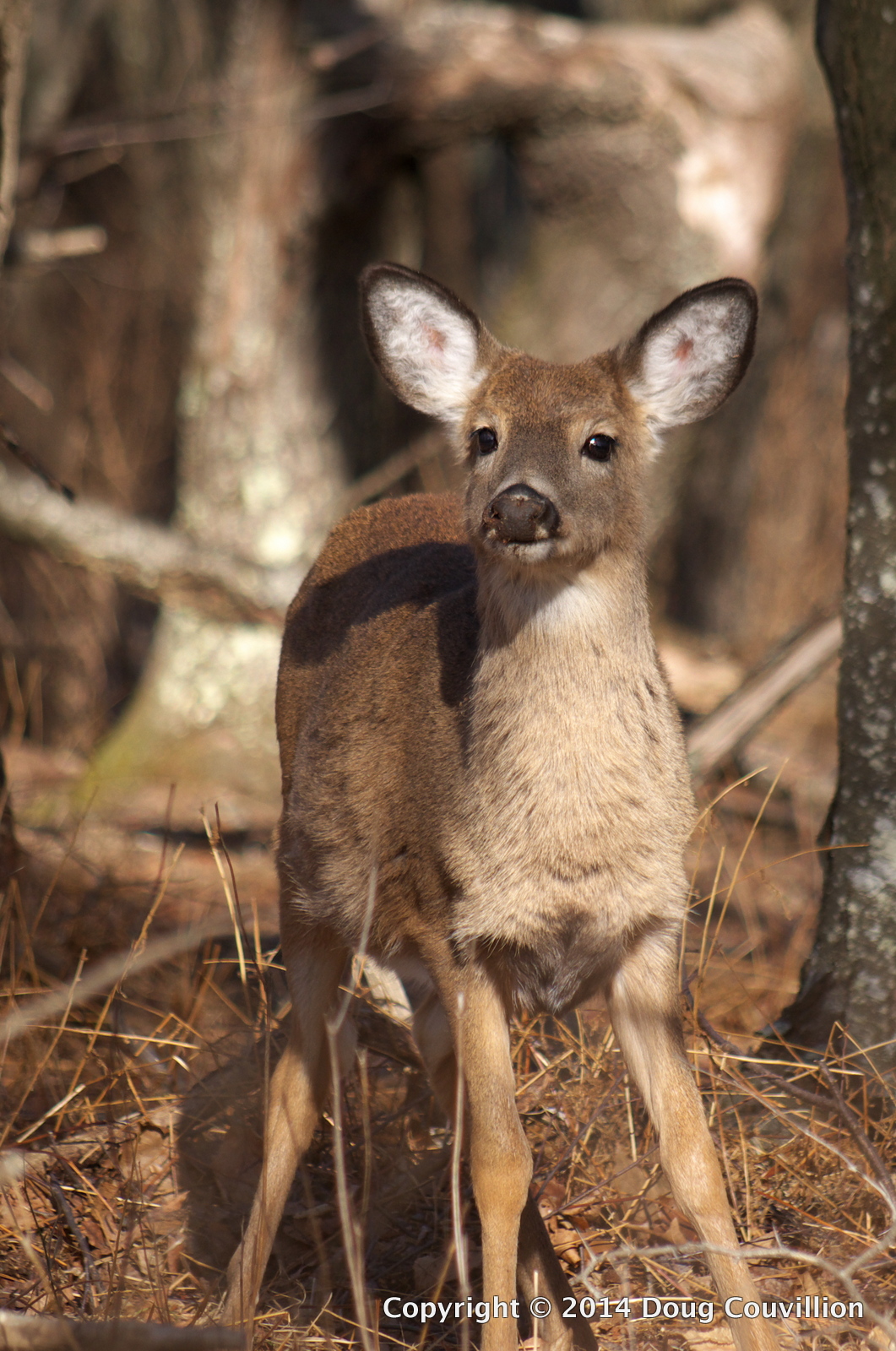 This White-Tailed Deer fawn kept looking up to see what I was doing as I approached.  I never got close enough for it to move away but it kept pretty close tabs on what I was up to.  Luckily the lighting worked in my favor and I was able to capture this image with a catch light in the deer’s eye.

Pine At The Top Of The Hill 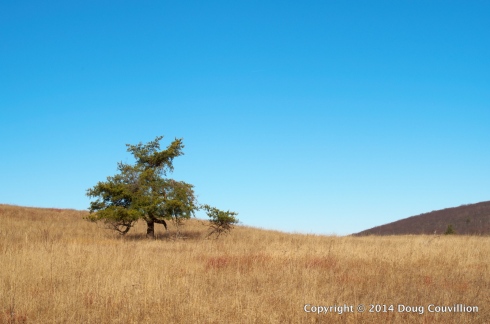 This pine stands alone near the top of a hill, in a meadow at Shenandoah National Park. 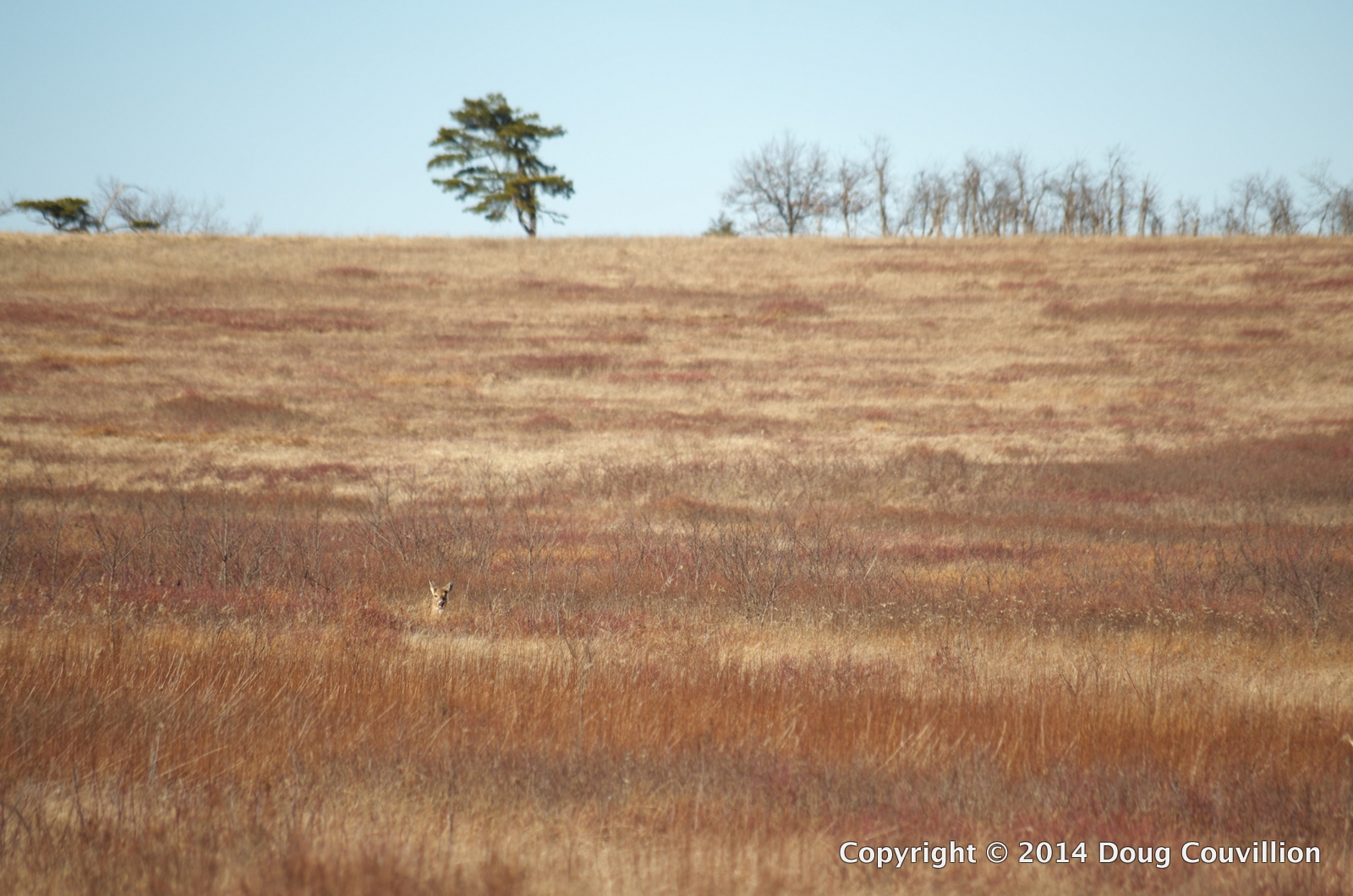 About a week ago I visited the Big Meadow section of Shenandoah National Park, specifically looking for deer.  As I walked through the meadow I noticed this White-Tailed Deer watching me.  I was able to get much closer, the deer in the park are quite used to people, but I like this image of the meadow with the deer resting in it. 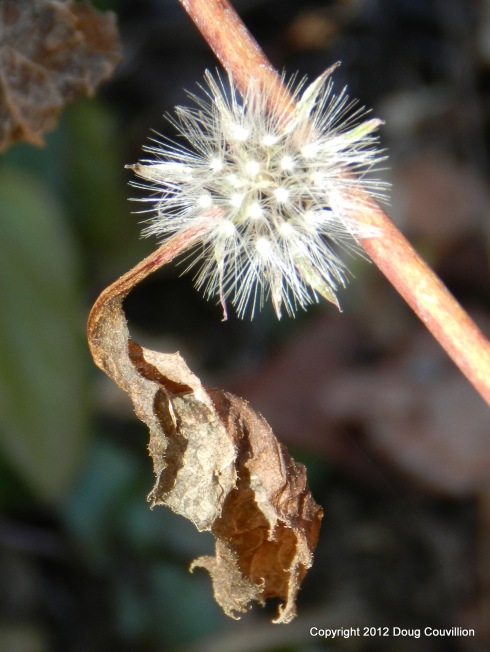 I can’t identify the plant which produced this seed pod but I can confidently say it wasn’t a dandelion.  It was low, leggy bush with dried up leaves when I took this photo in November.  Regardless of my ignorance, I thought the plant’s seed pod was worthy of a close up photo. 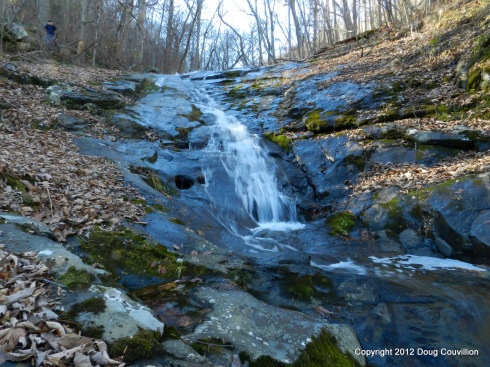 This cascade along Jones Run in Shenandoah National Park provided an interesting photographic experience.  My friend was smart enough to stay at the top.  Despite my better judgement I decided to hike down a little farther from the trail.  Just as I was thinking I needed to be careful on the leaves and wet rocks, I stepped on a patch of wet moss covering a large, flat downward sloping stone.  As the moss gave way I began sliding down the rock face, watching my camera bounce off the stones beneath me and hoping I would be able to stop myself.  Fortunately my slide came to an end before I got to the actual waterfall, about 6 feet beyond the point from which I took this picture. 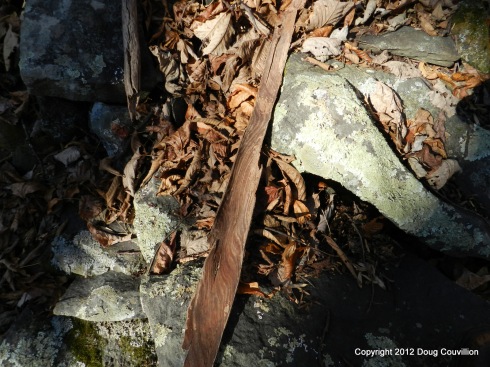 During a hike I noticed this piece of bark resting on stones by the side of the trail.  I was initially intrigued by the texture and patterns in the bark itself.  My first thought was to get a close up of the texture but when I noticed the bark was sitting between two shadows I thought it made for an interesting forest still life.

Quiet Place Among the Boulders 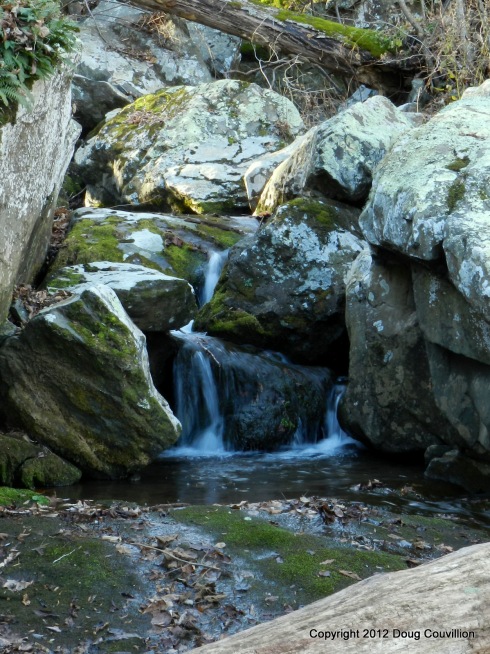 A friend and I hiked a 6.6 mile loop in Shenandoah National Park, specifically to get photos of waterfalls.  Our hike passed three significant falls but this little cascade at the top of one of them yielded my favorite photo of the day.   It isn’t very dramatic and I think that’s what I like about it.  The image makes me think of a quiet, little, almost secret spot, you could visit to get away from the world for a little while. 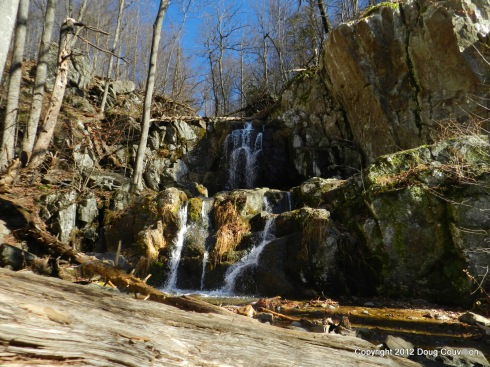 When I reached the upper falls on the Doyles River in Shenandoah National Park, the lighting was horrible.  The foreground and most of the photo above and to the left of the falls were bathed in bright, direct sunlight.  The falls and most of the photo to the right of them were in dark shadow.  So I bracketed like crazy and combined two of the resulting photos to produce this HDR image of the scene.