Forster’s Terns soar above the water hunting for their prey.  When they see a potential target they hover briefly to take a closer look.  One they’ve decided to pursue their target they dive, nearly straight down, and splash into the water to make the catch.  This one was eyeing a possible meal above the Gulf Coast of Florida. 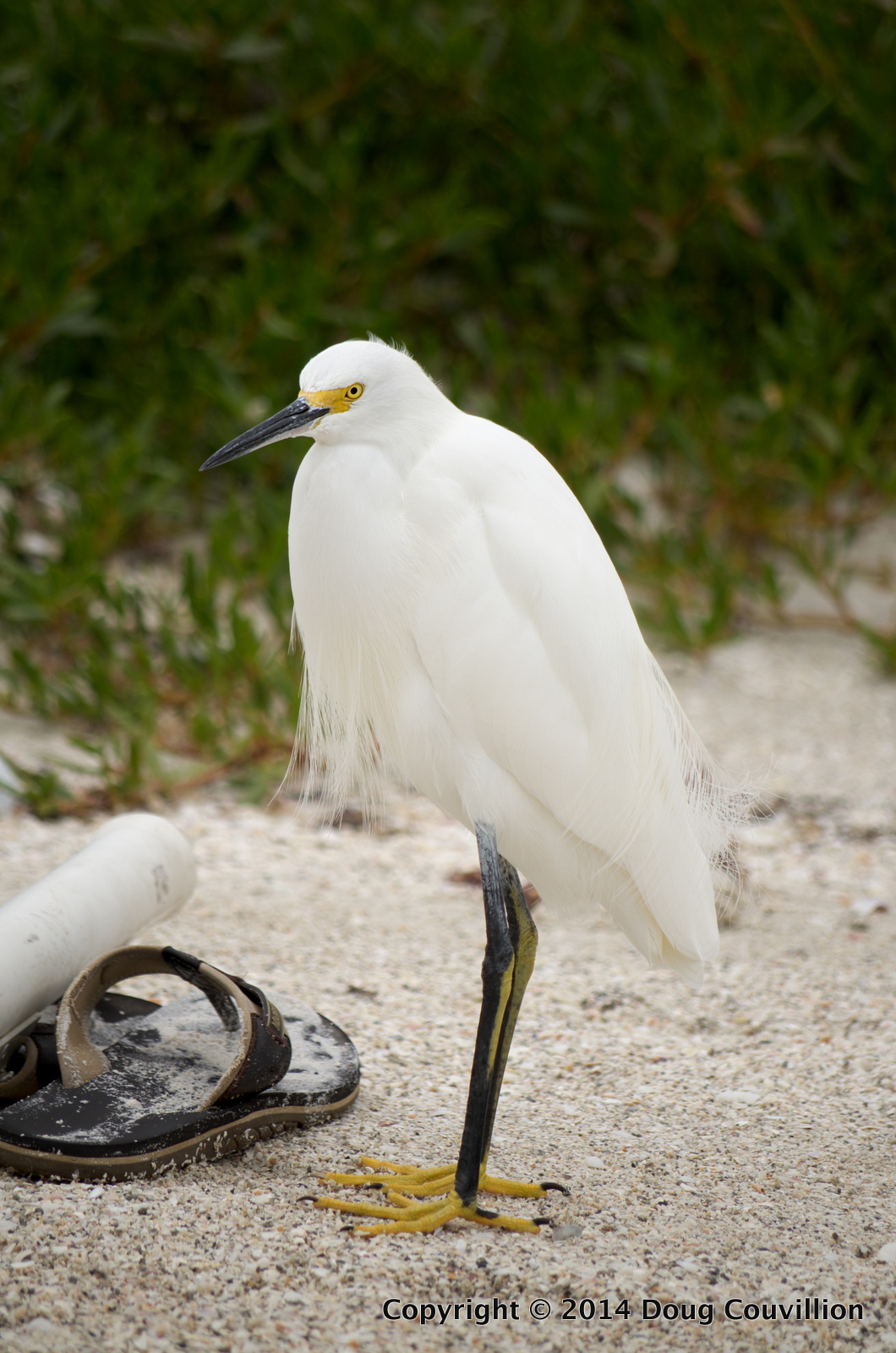 When I first saw this Snowy Egret it was at the edge of the water and I was walking along the beach.  As I approached it flew around a bend before I could snap a single picture of it.  I snuck around some vegetation and took a few photographs of it wading just off the beach.  Fully expecting it to fly away at any second, I remembered a tip I once heard about photographing shorebirds.  Sometimes they seem to be less concerned if you’re actually in the water with them.  So I slowly began wading out into the water and the egret didn’t even seem to notice me.

The same bird that took flight when I approached it from land actually began coming towards me while I stood in the water with it.  I was still wading when it decided to head back to the beach, probably no more than… 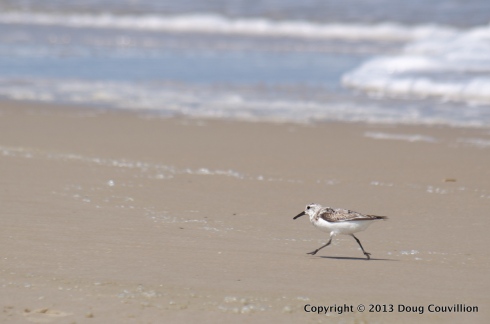 A sanderling runs from a breaking wave on the beach at Corolla, North Carolina. 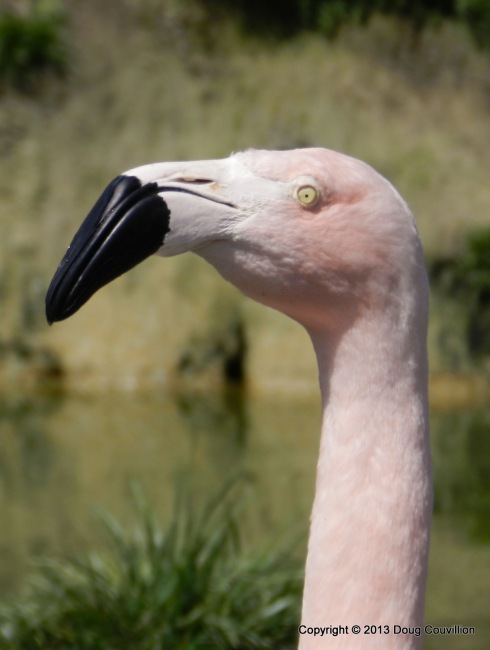 This flamingo stood out among the group of its peers.  It was a bit more relaxed and kept lifting its head, lending itself to a nice avian portrait.

Animal tracks always catch my attention but they aren’t always very photogenic.  These bird prints were on a beach along the James River.  It would be impossible to identify the type of bird that left them but the deeper, wider prints in the foreground indicate the bird landed here and then hopped along the beach before taking flight.  The early morning sun provided enough shade within the prints to make them stand out in the photo. 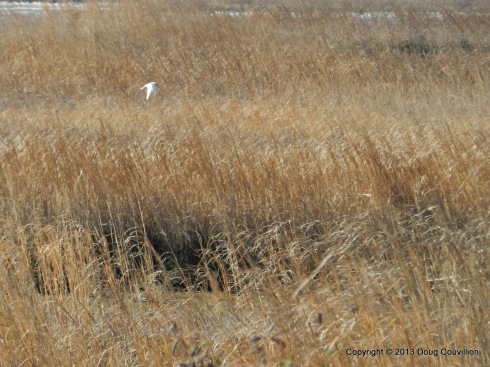 During a hike near the James River, I came across a group of Forster’s Terns flying above a stream.  I watched as they floated, effortlessly in the air above the water.  After a few seconds they would dive out of view and then come flying back up, circle around, and start over.  I assume they were catching small fish but I couldn’t get close enough to be sure.  The tern pictured here is hovering in position, waiting to dive.