Cardinal in a Tree 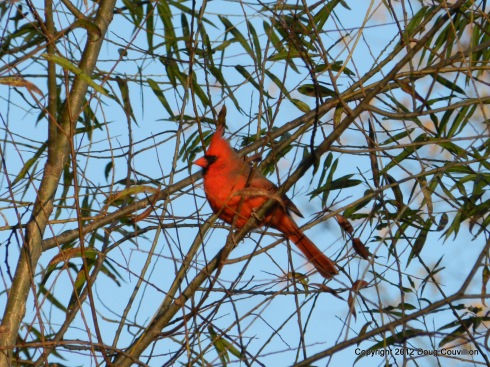 The cardinal is the state bird of Virginia and there are plenty around.  They can be tough to photograph because they never seem to allow people to get very close and they tend to move quite a bit.  As I was photographing a landscape I heard the easily identifiable chirp of a cardinal and noticed this male watching me from a nearby tree.  He stayed put long enough for me to take several photos before flying away. 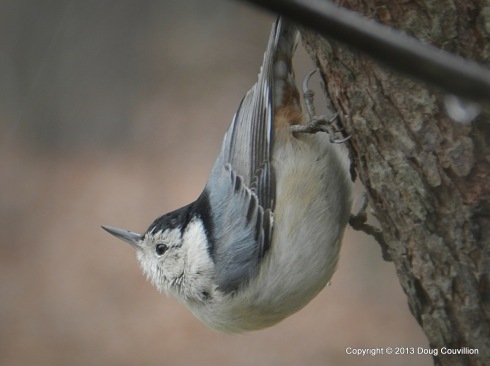 White Breasted Nuthatches have the odd habit of creeping down tree trunks.  This one stopped to survey it’s surrounding.  In the process it showed off it’s flexibility by craning it’s neck more than 90 degrees to assess the scene.  This photo was taken on a rainy day and you can see a tiny drop of water clinging to the bird’s belly. 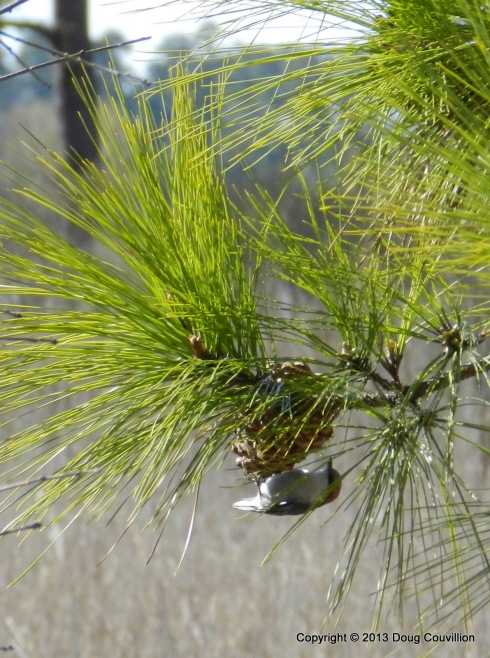 I encountered this brown headed nuthatch in a grove of pine trees along the south shore of the James River.  I later learned the James River is the northern edge of their range, which explained why I had never seen one before; I live on the north side of the river. 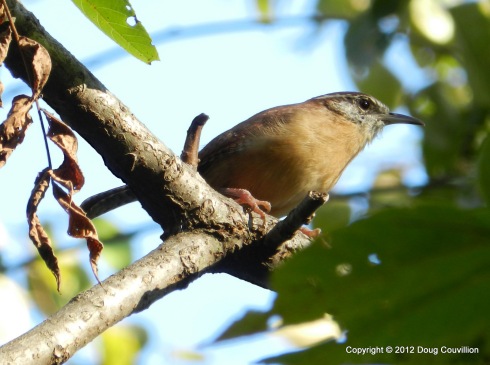 This Carolina Wren was singing in a tree near the south bank of the James River.  It remained perched on the same branch long enough for me to get several shots of it.  This was my favorite.